So I left off where I was determined to find a solution to running fast and injury free ... que it up:

The first piece of the puzzle was reading, coincidentally enough, Gordon Pirie's Running Fast and Injury Free (free online here).  I highly, highly recommend this book for anybody that is interested in running.  Yes, he is a bit arrogant and seems to go on about himself, but the information he gives on running technique is priceless.  For the first time, I realized that my bio mechanics were not only likely to blame for my troubles, but were also something that could be modified.  Previously I had tinkered with stretching, shoe selection, bands and straps, massage ... anything but actually altering the way I ran.  This was about to change.

Looking around for more information, I came across the Pose Method of running stuff by Dr. Romanov.  I read his book and watched his video.  It was similar to Gordon Pirie's advice, which is, in a nutshell: to stop throwing your leg forward and landing on your heels first.  Precisely what I had always done.  He recommends that you get yourself some nice flat shoes and practice landing mid foot or thereabouts.   Now mind you, this was before the advent of Vibrams or our current little barefoot running craze.  As a matter of fact, in order to get 'flat' shoes and not have so much heel-to-toe slope, I had to order some old school Puma's (see pic).  These were not sold as running shoes, just fashionable tennies I guess (to whom I have no idea!).  Getting my new kicks I set out to work on my form.  I had high hopes.

Unfortunately, back then, there wasn't a lot of specific advise on converting from heel striking to mid foot landing.  I suppose that's because few people had the experience of  actually making the change themselves.   So I was kind of flying blind when I first made the switch - and I made a huge mistake.  I concentrated landing on the balls of my feet.  Let me save you some time, and possible pain, by saying that you only sprint on the balls of your feet.  When you do regular running, you use your whole foot.  Got that.  Your whole foot.  No, you don't heel strike and 'roll' through your stride, but your heel does touch the ground.  I was confused by this at first and ended up with a 4th metatarsal stress fracture on my left foot.  Three separate times.  Yeah, you read that right.  What can I say, I'm a stubborn guy in some respects.  I knew that I was onto something with changing my technique, but I (obviously) just couldn't get it right.

Needless to say, after the third fracture I was quite frustrated.  Stress fractures take some time to heal and this whole process was now taking years instead of weeks like I had hoped.  The good news was that I didn't have to deal with my ITBS or Achilles problems.  The bad news was that it wasn't because I had solved them, it was because I just hadn't run enough to start them up.  In all honesty, I had pretty much given up the ghost at this point.  ITBS, Achilles soreness, stress fractures ... running just didn't seem to be in my cards.

And then one day, it just fell into place.   I was out running, tinkering as always, and it just clicked.  I know that sounds wonky and all, but it really happened that way.  It wasn't the final version of how I run now, but it was a huge leap forward.  I could just feel that I got it.  My hips were more forward, I was standing more upright, landing mid foot, and all in a relaxed manner.  I could literally tell right then and there that, how do I say it, that I wasn't fighting my body to run.  There was no jarring landing on the heel, no 'roll through' of the entire foot, no throwing or reaching the leg forward on each stride.  I was gently landing mid foot, knee slightly bent, and everything felt considerably more efficient and comfortable.

Now, the totally ironic thing is that as all of the final pieces were coming together for me on my running, I was at the same time immersing myself into the Paleosphere.  So what, right?  Well, this is when I started to realize that perhaps chronic cardio isn't the health panacea it's purported to be.  Maybe it's not even healthy at all ... especially if you're pushing yourself flat out training and racing, and consuming monster carbage to fuel said activities.  It's ironic in that if I hadn't come to this conclusion at that particular moment, I would probably still be out there running across the Country, ala Forest Gump, several times over.  Now that I can physically run and run and run, I'm not interested in doing so due to health concerns.  I still run mind you, and really enjoy it when I do, I just don't plan on making it a chronic habit as before.  Sprinting is my chronic habit now.  Oooooh, I love sprinting.  But that takes like a total of 2 minutes a week and is a topic for another show.

In hindsight, I'm very glad that I endured and made the transition.  Running injury free is reward enough in itself.  I also think that if anybody were interested in making technique adjustments themselves, either to reduce or eliminate injuries or to just run more efficiently, they should take their time.  You could hire a professional coach or bone up on all of the information now available out there online, but whatever you do, take it slow and listen to your body's ques.  I believe we all knew how to run with good form as youngsters and then got sidetracked by nice, big, cushy shoes.  So it's really just a matter of going back to where we came from.

I'm sorry you had to go through repetitive injuries like that. But I admire your determination to get back to the world of running. In my opinion, it's just mind over matter most of the times. Though seeking medical attention should always be a priority in order for you to be sure what you should and should not do to alleviate your condition. All the best!

Hey, thanks. In the 2 and a half years since I wrote this post I'm still in the same place with the same mindset. I 'could' run all day long with good form and all, but it's a rare occasion that I even run at all.

Sprint - yes. Walk - most definitely. Heck, I even Farmers Walk now. Running is for only when I'm feeling spunky these days. 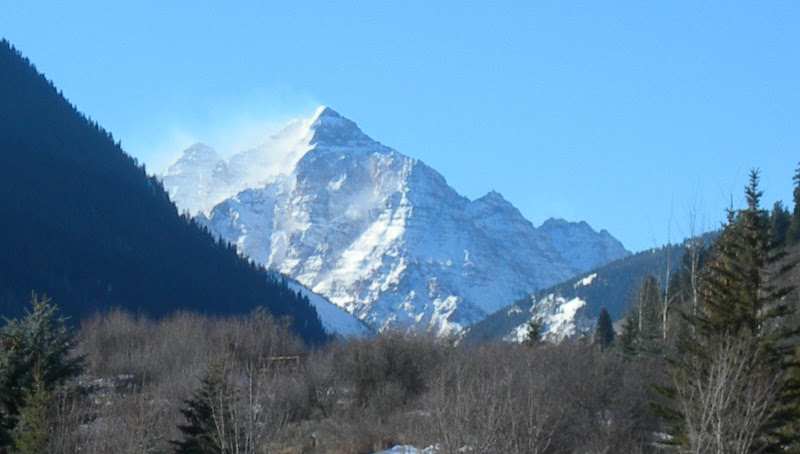 Aaron
I live a rather simple life in the High Country of Colorado. My long running interest in nutrition and fitness have been influenced over the past several years by the phenomenon that is the Paleosphere. I've transitioned from being a chronic cardio guy to living a more primal lifestyle. I'm happier and healthier than ever. I believe the Paleo/Primal template is a great launching pad for many people to take control of their personal well being. It is not, however, a panacea. Learn to listen to your body and take matters into your own hands. I will use this blog to share my thoughts and experiences on this way of life, and anything else that piques my interest!